Because of the economic, environmental and social issues they involve, the fight against climate change and the acceleration of the energy transition both require a multi-player approach. Alongside public authorities, the mobilization of civil society – from companies to NGOs to citizens – is crucial. In preparation for COP21, the 21st United Nations Climate Change Conference, 2015 provided the opportunity for Rexel to promote its expertise in energy efficiency as a true lever for fighting climate change via a national and international partnership policy.

Rexel supported positive solutions to climate change in preparation for COP21. Throughout 2015, and in particular during the Climate Change Conference in Paris in December, Rexel built multiple partnerships and took part in several conferences, demonstrating its commitment to accelerate the energy transition.

In July 2014, Rexel early joined Solutions COP21, an innovative multi-player initiative aimed at promoting practical solutions (products, services, innovations, etc.) to climate change. Founded by Rexel alongside eight other members, the initiative had around 200 members in December 2015. Through a conference program, a web platform dedicated to climate solutions and, as a high point, an exhibition at the Grand Palais (Paris, France), the initiative enabled Rexel to dialogue with numerous stakeholders on the role played by energy efficiency and energy management in new and renovated buildings.

Rexel also took part in the “Se loger de façon durable” (“More sustainable housing”) workshop, co-led with Ikea, that translated into a document (available on the Solutions COP21 website), highlighting solutions to save water and key resources during the entire building’s lifecycle and functions. 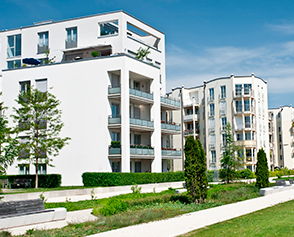 In May 2015, under the guidance of the Association française des entreprises privées (French Association of Private Companies, AFEP), the Mouvement des entreprises de France (French Business Confederation, MEDEF) and the Cercle de l’industrie (an exchange forum for large industrial companies), Rexel supported the “Business proposals for COP21” alongside approximately one hundred companies committed to accelerate the energy transition.
In November 2015, on the eve of the COP21 Summit, Rexel was also part of the 39 major companies that signed the “French Business Climate Pledge”. Generating 1,200 billion euros in sales, and employing 4.4 million people, these companies made a firm commitment to combat climate change. 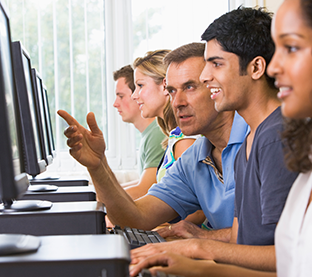 ENGAGING AND WORKING WITH EXPERTS

To accompany future leaders, Rexel also took part in the initiative launched by Sciences Po “Paris Climat 2015: Make it Work”: an educational and research program supported by Laurence Tubiana, the French ambassador to COP21, consisting in a mock conference of the international climate change negotiations involving students from Sciences Po and other universities around the world. More specifically, Rexel contributed to this program by training students in climate change and energy efficiency issues.

Rexel also participated in several initiatives launched by the WBCSD (World Business Council for Sustainable Development, which brings together 190 international companies) on the topic of energy efficiency in buildings.

This partnership dynamic continues beyond the Paris Summit via an in-the-field approach aimed at accelerating the energy transition. The development of operational partnerships, notably via the Rexel Foundation, as for example with the University of Berkeley and the Rocky Mountain Institute, will support the implementation of innovative green neighborhoods programs, whose cornerstones are energy efficiency and renewable energies. This innovative partnership approach is at the core of the Group’s sustainable development strategy. The dynamic launched by COP21 proved to be a powerful lever for reaching Rexel’s environmental targets and engaging its employees in the combat against climate change.

To achieve a zero carbon economy,
we need to transform the way we
consume electricity

Improving access to energy efficiency for all
RETURN
TO HOMEPAGE