In 2015, the Group continued to implement a more comprehensive and integrated sustainable development approach. It enabled the inclusion of all stakeholders from both outside and inside Rexel in developing ever more sustainable practices. Its principles also led to action plans aimed at enforcing the Group’s impacts with regard to its environmental, economic and social responsibilities.

As a global leader in the professional distribution of products and services for the energy world, Rexel is an intermediary between manufacturers, installers and electrical solutions end-users. Aware of its pivotal role, the Group is key to the implementation, promotion and dissemination of responsible practices all along the value chain.

In order to prioritize the many issues its sustainable development policy aims to address, in 2015 Rexel conducted a vulnerability analysis and a materiality analysis covering respectively 30% and 100% of its activities. Around 15 external partners (NGOs, experts, customers, suppliers, works councils) were asked what they thought Rexel’s priorities in this field should be. Around 15 Group operational managers were also consulted in order to assess the impact of a sustainable development approach on business growth.
This collaborative process, a first for Rexel, helped establish its strategy and involve its managers.

Reducing greenhouse gas emissions is the main priority of Rexel’s environmental policy. For the first time in 2015 the Group set the goal of reducing its scope 1 and 2 carbon emissions by at least 30% by 2020 (2010 baseline). 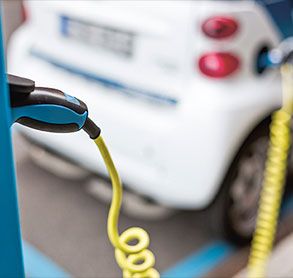 In 2015 carbon emissions were reduced by 2.1%, thanks to a series of initiatives combining lower energy consumption at Rexel sites (lighting, energy management of buildings, renewable energies) and transport (promoting shared transport, delivery service rationalization, pooling flows between Rexel entities, more eco-friendly vehicles). Several countries have also successfully implemented energy management programs. As an example, in the Netherlands, Rexel has drastically reduced its direct carbon emissions since 2011, thanks primarily to the implementation of energy efficiency solutions at its sites and to using less natural gas. Today, 90% of its energy supply comes from renewable energies. 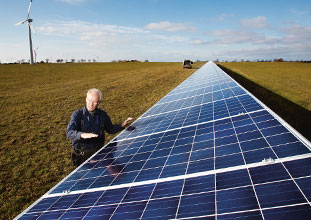 The Group’s environmental management relies first and foremost on its Environmental Charter. In 2015, it was displayed at 95% of the group’s sites.

More than 70 environmental correspondents across all of the Group’s subsidiaries worldwide enforce the Group’s environmental policy and promote it locally. They are in charge of gathering, processing and analyzing data to monitor performance indicators. In 2015, Rexel’s environmental reporting covered up to 99.7% of its turnover in 30 countries.

Thanks to the installation of 200kWp solar panels on its roof and new occupancy sensors in its offices, the distribution center’s energy bill was reduced by 88%. Carbon emissions were cut by 14.2 tons per year. The center also installed two charging stations for electric vehicles. 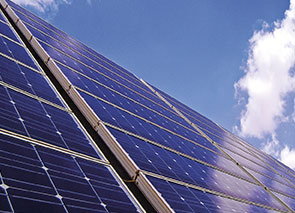 Rexel believes it is its responsibility to encourage players up and down the value chain to improve their sustainable development practices. The first steps of this approach have been taken and the outlook is promising, both on supplier and customer sides.

ON THE SUPPLIER SIDE

At the upper end of the value chain, Rexel already has a certain number of tools, starting with the Ethics Guide or the environmental and social clauses included in its supply contracts. In Asia, the sourcing platform also conducts supplier quality and CSR audits.

Since 2013, the Group has led supplier assessment pilot projects via the EcoVadis platform with 47 selected suppliers. This approach will be rolled out worldwide in 2016. The Group also works with purchasing managers from different countries to prepare the operational integration of the results obtained through the EcoVadis platform into its supplier relations framework.

ON THE CUSTOMER SIDE

At the lower end of the value chain, Rexel France launched an innovative Waste Electrical and Electronic Equipment (WEEE) recycling initiative in 2015. Rexel committed to collecting all of its professional customers’ used electrical equipment across the country, free of charge. Three solutions are offered to customers: branch drop-off, delivery of containers directly to customers’ offices or to their work sites.
The initiative follows a pilot project conducted in the Aquitaine region (France), where the volume of collected WEEE tripled. The project was accompanied by a campaign announcing, “At Rexel, 100% of equipment is recycled.” The eco-organization Récylum, which had already partnered with Rexel for collecting WEEE, guarantees clean-up, recycling and traceability of waste, enabling Rexel’s customers to fulfill their legal obligations.

Raising employee awareness of sustainable development issues is one of the keys to the Group’s strategy. It contributes to its success in selling energy efficiency solutions, reducing its environmental footprint and promoting a responsible value chain. 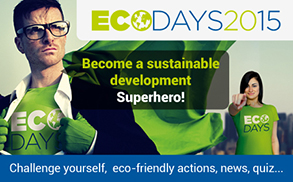 The Ecodays program was maintained in 2015. Organized since 2011 as an annual campaign, EcoDays has become an ongoing intranet platform available in 5 languages (French, English, German, Spanish and Chinese), that aims to raise awareness of environmental issues among Rexel employees, to inform them about the Group’s policy and initiatives, and to encourage them to contribute to fighting climate change.
To help them do so, the platform suggests a series of daily eco-friendly gestures, at work or at home: cycling or walking instead of driving, switching off the computer at night, reducing office heating during the winter, etc. Employees can log in to a personalized CO2 calculator that estimates the real impact of their eco-friendly gestures.

employees
from 31 countries
took part in
EcoDays in 2015

suggested
eco-friendly gestures
saved 210 tons of CO2,
the equivalent of
210 round trips
from Paris to New York.